Mary Woltz is the founder, owner and operator of Bees’ Needs.

Mary’s introduction to honey bees occurred in 2002 while working at the Pfeiffer Center, a research and training center in biodynamic agriculture in Chestnut Ridge, New York. There she worked as assistant to Gunther Hauk, a pioneer in alternative apiculture and author of Towards Saving the Honey Bee. Through Gunther she learned of their plight and its most serious consequences to the earth. She began learning possible remedies, methods of care based on the true and remarkable nature of bees.

In 2003 Mary moved to rural Eastern Long Island, NY where she managed the apiary of the Hamptons Honey Company at the invitation of co-owner Frederic Rambaud, a former student at the Pfeiffer Center. There she assumed responsibility for 100 bee colonies scattered over the North and South Forks. As the company grew, it deemphasized bee management and honey production in favor of honey distribution from outside sources.

This prompted Mary in 2007 to begin Bees’ Needs, a smaller company with a bee-centric mission. “I sell honey to support my bee habit,” states Mary, who will only provide honey produced by her bees, known here as “the girls.” The new venture was not entirely unfamiliar as the bees she had cared for four years were now hers. 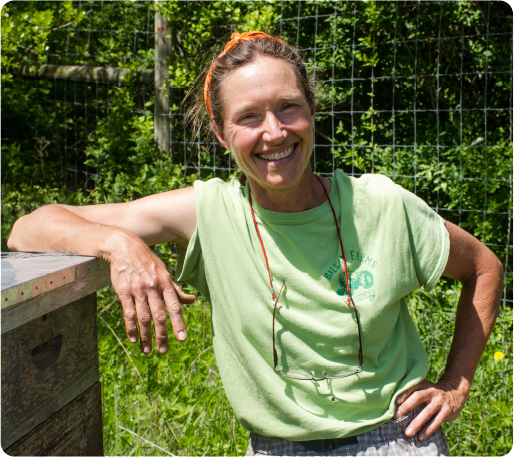